How to Make and Break Habits 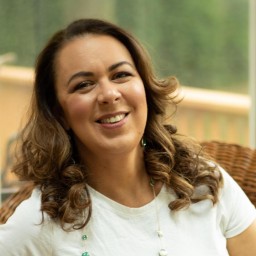 There are countless books written on the subject and basically every self-improvement guru has talked about it.  But still, making and breaking habits is one of the hardest things many of us will ever do.  Why is this?  Well, because change is hard in the first place but changing something you do (or don’t do) automatically adds an extra layer of challenge.  Plus, you have that whole, the brain doesn’t like change thing going on.  So, how are you supposed to overcome all of that?  Find out how to make and break habits once and for all!

Habit change is difficult so don’t take on everything all at once.  Focus on one and only one habit to change at a time.

For example, I’ve found that staying up late dramatically impacts both making and breaking other habits.  When I don’t stick to a fairly strict bedtime I tend to snack on junk food at night.  I also oversleep in the morning causing me to skip my morning routine.  This means, no workout, no body brushing, starting the day stressed and decreased productivity during the day.  So, addressing my bedtime habits eliminates late night snacking and improves my likelihood of success in establishing the morning habits I long for.  Choosing this one habit to work on first has profound impact in a number of ways!

Do you have a habit that if changed would create a domino effect?  If so, that’s a great place to start!

What do you think about your habits and yourself because of them?  It’s easy to get stuck in the repeating loop that you’ll never be able to change or that you’re a failure.  But how does this serve you?  Does it help you make change or turn into quicksand that sucks you in deeper and deeper?

Sure, you may not have successfully kicked (or picked up) your habit yet but that doesn’t mean you can’t.  And it doesn’t mean anything about your worth or value.  Acknowledge these negative self-defeating thoughts.  Write them down.  Get them out.  And give yourself some grace!  Beating yourself up certainly won’t get you closer to your goals.

Replace those negative thoughts with positive ones.  Think about what you would tell your friend, son or sister if they were in the same situation.  Now apply those thoughts to yourself!

Positive thoughts and affirmations increase your confidence and even change the way your brain works.  They build neurological connections that make you more adaptive and resilient which makes it easier to make or break habits!

Write Yourself a Letter

We’re all fired up when we first get started but white-knuckle willpower won’t keep you going.  What will is the constant reminder that you’re more than capable!

Write yourself a letter about a time you’ve made a change, done something daring or taken on something new.  All the better if that letter is about a habit you’ve successfully made or broken in the past.

Don’t lose it though.  Read it… regularly!  It’ll provide reassurance that if you did it once you can do it again.  And it’ll work to convince your brain (which truly does have a mind of its own) that change isn’t so scary.  It will be ok and maybe even good!

Habits don’t just happen; they are triggered by something.  So, uncovering your triggers or discovering things that can become triggers for new better habits is key.

A trigger is the signal to your brain to do the habit.  It might be a feeling or an activity or could even be both.

For example, when I wanted to quit smoking, I discovered that there were activities in my day such as eating and driving and feelings like stress that triggered me to reach for a cigarette.

In order to quit smoking, I had to address both the activities and feelings that triggered it so I could head it off in the pass.  This meant I had to plan to do something else immediately after eating and while driving.  And I also needed to find another thing to reach for when stressed (NOT food… I went with deep breathing and taking a quiet break).

Identifying your trigger helps you create plans that lead to success.  You don’t have to simply accept your trigger and the resulting habit.  You can make or break habits by eliminating the trigger or going to your new planned action.

Surround Yourself with Positivity

When you set out to make or break habits you might be tempted to either keep your intentions to yourself or shout them to the world.  The truth is the best thing to do is somewhere in the middle.

Assess carefully who you tell about the change you’re making.  We all have people in our lives who are less than supportive, or pessimistic (or simply too realistic).  It’s hard enough to overcome your own negative self-talk, you don’t need anyone else echoing it.

You may also want to rethink sharing your plans with those who have similar struggles but aren’t ready to take them on.  Your commitment to change may make them feel called out and defensive and without meaning to they may slip into undermining your attempts.

That said, making a pact with someone else to stick to your goal can be very motivating.  BUT it’s important to make sure they are also really committed to change and to keep your progress separate.  If they begin to struggle (or you do) that isn’t an excuse for both of you to go downhill.

Be sure tell the people in your life who you know will support you, cheer you on and hold you accountable.  You can use all the encouragement you can get!  When you’re struggling you can lean into them and count on them to reassure you and keep your spirits high!

Changing habits can be hard work and extremely draining and disheartening.  That’s why it’s so important to take excellent care of yourself throughout the process.  Don’t withhold self-care because you had a slip or missed it one day.  Reward yourself for the effort you’re putting in and remember to keep your spirits high and your thoughts positive.

Deliberately plan pampering self-care at least once a week.  It could be as simple as a bath, painting your nails or making a sugar body scrub.  It doesn’t need to be fancy or expensive and it shouldn’t undermine other goals.  Doing something nice for yourself will inspire and motivate you to stick with the changes you’re making even when it’s difficult!

Keeping track of your success, in writing, makes a huge difference.  You can count on willpower to get you through the first few days or even weeks.  And once you’ve accumulated a few days of tracked progress it’s easier to continue.  Plus, it’s oh so nice to see those trackers filling up.

You can try all sorts of different methods for tracking your habits, but box trackers and sticker charts tend to work best for me.  Yes, you read that right… sticker charts!  They work for grownups too!

Have a Planned Reward

The experts all say that it takes 4 – 6 weeks to make or break habits entirely.  Planning a reward for yourself may just be the added incentive you need to stay on track!  Many of our habits have a direct impact on the bottom line.  Smoking, over-eating and even over sleeping can be expensive.  Setting aside some of the money you’ve saved (or made) through the process of changing can be a fun way to encourage yourself.  When you’ve completed your habit change you can use that money to treat yourself.  Get a massage, buy a new outfit or even take a road trip!

Not only does planning a reward give you something to look forward to it also frames your change in a positive way.  It’s a way of giving yourself a pat on the back and saying, “YOU ROCK”!  And making a concrete plan for the end of your habit change session indicates that you believe in yourself.  Which is often the most important part of making and sticking to any change!

No matter how many times you’ve tried to change your habits don’t quit trying.  You may have found 100 different approaches that haven’t worked for you but that doesn’t mean 101 won’t.

The number one most important thing about habit change is that you just keep at it until you’ve gotten the results you want.  Give yourself grace, be kind to yourself and try again!  Nothing worth having in life is easy and I’ve never heard of anyone breaking or making a habit the first time they set out to.  So, don’t be disheartened!  You’ll get there as long as you commit to never giving up!

How to Get New Habits to Stick

How to Break the Stress Cycle

How to Change Your Habits & Mindset: Create Small Steps

How to Get New Habits to Stick

How to Break the Stress Cycle

How to Change Your Habits & Mindset: Create Small Steps

Countdown of the 12 Most Life-Altering Daily Habits

How to Eliminate Stress Habits for Good

How to Break the Toxic Relationships Cycle!