The Biggest Relationship Mistake: How to & Not to Find The Love Of Your Life!

How To Love Yourself

31 Amazing Journal Prompts to Discover Your Authentic Self

How to Find Your Life Partner

Romance Books to Make You Believe In True Love 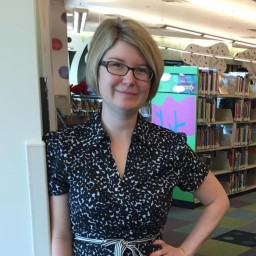 A good romance is the perfect primer for a fun Valentine’s Day, no matter what your plans are. If you are looking for a way to get in the mood for the upcoming holiday, these books might be the perfect solution. They are light, and cute with refreshing characters, steamy romance and lots of silly misunderstandings. So have a fling with one of these titles and enjoy a fun romantic read.

Nashville Legends second baseman Gavin Scott’s marriage is in major league trouble. Distraught and desperate, Gavin finds help from an unlikely source: a secret romance book club made up of Nashville’s top alpha men. With the help of their current read, a steamy Regency titled Courting the Countess, the guys coach Gavin on saving his marriage.

Tiffy Moore needs a cheap flat, and fast. Leon Twomey works nights and needs cash. Their friends think they’re crazy, but it’s the perfect solution: Leon occupies the one-bed flat while Tiffy’s at work in the day, and she has the run of the place the rest of the time. They’re about to discover that if you want the perfect home you need to throw the rulebook out the window…

Josh and Hazel’s Guide to Not Dating by Christina Lauren

Hazel Camille Bradford knows she’s a lot to take—and frankly, most men aren’t up to the challenge. If her army of pets and thrill for the absurd don’t send them running, her lack of filter means she’ll say exactly the wrong thing in a delicate moment. Josh Im has known Hazel since college, where her zany playfulness proved completely incompatible with his mellow restraint. But now, ten years later, after a cheating girlfriend has turned his life upside down, going out with Hazel is a breath of fresh air. Not that Josh and Hazel date. At least, not each other. Because setting each other up on progressively terrible double blind dates means there’s nothing between them…right?

Buy it Now: Josh & Hazel’s Guide to Not Dating by Christina Lauren

Stella Lane thinks math is the only thing that unites the universe. Stella has Asperger’s and French kissing reminds her of a shark getting its teeth cleaned by pilot fish. Her conclusion: she needs lots of practice — with a professional. Which is why she hires escort Michael Phan. Before long, Stella not only learns to appreciate his kisses, but to crave all the other things he’s making her feel. Soon, their no-nonsense partnership starts making a strange kind of sense. And the pattern that emerges will convince Stella that love is the best kind of logic.

When his mother became President, Alex Claremont-Diaz was promptly cast as the American equivalent of a young royal. Soon Alex finds himself hurtling into a secret romance with a surprisingly unstuffy Prince Henry that could derail the campaign and upend two nations.

Say You Still Love Me by K.A. Tucker

Things get complicated for Piper when she runs into Kyle Miller the first love of her life. Piper may be a high-powered businesswoman, but she soon realizes that her schoolgirl crush is not only alive but stronger than ever, and crippling her concentration. What’s more, despite Kyle’s distant attitude, she’s convinced their reunion isn’t at all coincidental, and that his feelings for her still run deep. And she’s determined to make him admit to them, no matter the consequences.

Buy it Now: Say You Still Love Me by K.A. Tucker

Olive is always unlucky: in her career, in love, in…well, everything. When an entire wedding party gets food poisoning, the only people who aren’t affected are Olive and Ethan. And now there’s an all-expenses-paid honeymoon in Hawaii up for grabs. She and Ethan now have to pretend to be loving newlyweds. She doesn’t mind playing pretend. In fact, she feels kind of… lucky.

Agreeing to go to a wedding with a guy she gets stuck with in an elevator is something Alexa Monroe wouldn’t normally do. But there’s something about Drew Nichols that’s too hard to resist. They’re just two high-powered professionals on a collision course toward the long distance dating disaster of the century–or closing the gap between what they think they need and what they truly want…

These eight titles are some of the most exciting and popular romances written within the last couple of years. These books are full of interesting plot lines and adorable meet cutes, with unique and well developed characters. Even the most Valentine’s-Day-Scrooge might believe in true love after reading one of these adorable romances!

This book list was contributed by Bossy Librarian, Alison Kelly. For Can’t Wait Book Lists, No Spoiler Book Reviews and stories from the Library Life visit www.bossylibrarian.com. For a list of Bossy Librarian’s favorite books to read for Valentine’s Day click here.

What are you reading for Valentine’s Day? Comment below:

The Biggest Relationship Mistake: How to & Not to Find The Love Of Your Life!

How To Love Yourself